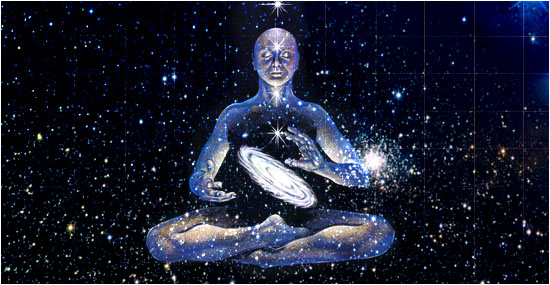 Silence is the only thing worth of dialogue as stoping the world is crucial for attaining freedom, the third attention.
It is the inner gateway that bounds both attention together, and silence is what connects them.

Inner Dialogue represents the seal of third attention, the blank space, void between items of mind is peripheral within the gaze, transmissively or repetitively on the inner reflection on two inseparable attentions or one totality of thought/= onset of luminousity; energy perceived. in middle-eastern tradition often described as "Sand Hourglass", "Inner Solar System" or "Definitive/Complete Permeation", "Gateless gate" or "The Deepest Dream".

Mind is hall of mirrors connected to the primaeval initiative, by beign aware of flows and their proportions on scale of time definitively, the potential comes to realization and the reflection is crystal clear - luminousity pervade with clarity affecting the deeper energetical fibers by speed of light - silence.

Mind creates gap between the attentions - Awake and Slumbering.
The threshold which almost irrestibly bounds and borders the gap is third attention, the dreaming perception and the intent that allows the energies of both constructs - Physical and Energetical to intertwine is silence which stops the world and gives it meaning by deconstruction of the rooted fibers of the dream, the intent of letting go/witnessing flow as it is. 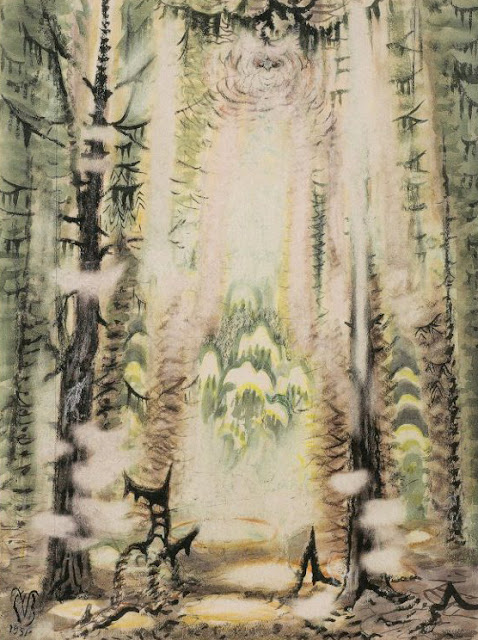 The definitive journey corresponds,
convertively to the totality of body.
The final decision of luminousity,
to kindle with know-ledge, the whole dream construct, by completion of body.
Through silence the dreams cross. The gates created by ripples in luminousity, curvate of fibers, creating perception by the reflection of ricochet.
The gates and the dreasm they open;sink in and through are both on the surface or underlying - in far distance.
The actual crossing, the threshold of unsurmountable energy is the dream itself - Horizon and Architecture, the conduct of unknown, that assimiliates the energy rebounced inward.
The gates and the fibers responsible for them, which are on the utmost surface of the perception of reality are in the luminous body, the deepest and allows to immerse in the deepest silence.
As those channels are closest to the dreaming heart which is in the middle of whole luminousity, perceived through it's energetical effects is the greatest field on the level of beign aware - awake.
The silence sustained by those fibers hooked by their reflection is infinite and the further they are from the core, the more immense. Contrastly the most close are the most stable and consistent.

The gates to the outer worlds lies inward and the inner worlds are accessed through inward gaze.

In third attention dreams that are perceived in lucid state - awake as non-lucid intertwine with the lucid dreams - while asleep as concrete and real, because the roots, from which the outburst of energy and fiber was weaven through adaptation to that certain energy - dream - perception of eagle's command, runs deep into the opposite attention.
Вернуться к началу

Xavier, I am interested in Inner Dialogue topic. Do you know from your experience if there are levels of ID? How long did it take ( in minutes ) to stop the world in your case?
As well could you please give some explanations on the foreign installation? Path to terminate it work, successful episodes...?
Вернуться к началу

The immensity and power of inner dialogue differs with the amount of silence, that the inner dialogue creates, which means the energy that is beign transmitted.

Stopping the world means abstractly, to shift; direct elsewhere the energy, the world. Practicaly, either every moment, the words, world, stimuli differs or maintains the specific awareness;world perceived, position - loop.
So the world can be stopped instantly or in matter of time, depending only on the attention which either stops the world by fluid, ever-changing inner dialogue or silence which frees the attention and so the world stops "sporadicaly" another option is extrapolation of awareness which means forcingthe awareness on exact opposite position, then one is one in.
This proccess is alike completing the energy body - double, in which the both constructs merges together.

The emanations are made out of compressed energy - dreams - time-capsules;i.e. wheel of time which is parallel to luminous ball at individual.

Paradoxical is that both silence and words does the same, what differs is effect in certain circumstance, so transfiguring those two elements - silence and "noise" (will and reason) in the exact circumstance of disbalance, puts the whole consciousness into natural state, which is silent, yet fullfilling.

Foreign installation for me is something - anything that forces the warrior to adapt to new situation.
The only problem with inner dialogue is the loop, beyond that there is nothing to hold off from the path one is to walk.
Вернуться к началу
Ответить
3 сообщения • Страница 1 из 1